This will be a shorter post than the last one as there has only been one major change that I made. However, this change has made so much of a difference!

When I first bought the grey malden, the person who I bought if from included a clear removable tabbed divider as there was no clear dashboard. In the first week I used the tabbed divider as my dashboard in the front. This was intended to be used to keep a list for grocery shopping. But since I decided to stop using the malden as a wallet, it became irrelevant. Something I was missing though was a place to put running or undated to-do’s for the week. I tried making a to-do section but I wasn’t really going to that section which meant that I wasn’t getting things done. I needed that list to be included somewhere in the weekly section, without taking up space. 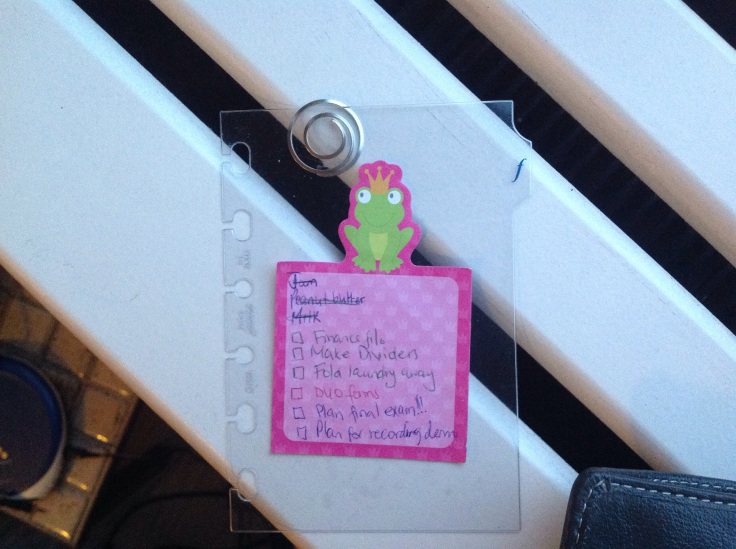 The clear tabbed divider was the perfect solution! It’s clear so that I can still see a bit of the other side of the week. And the holes are slit so that you can easily move the divider from week to week without having to open and close the rings. So here it is in action 🙂 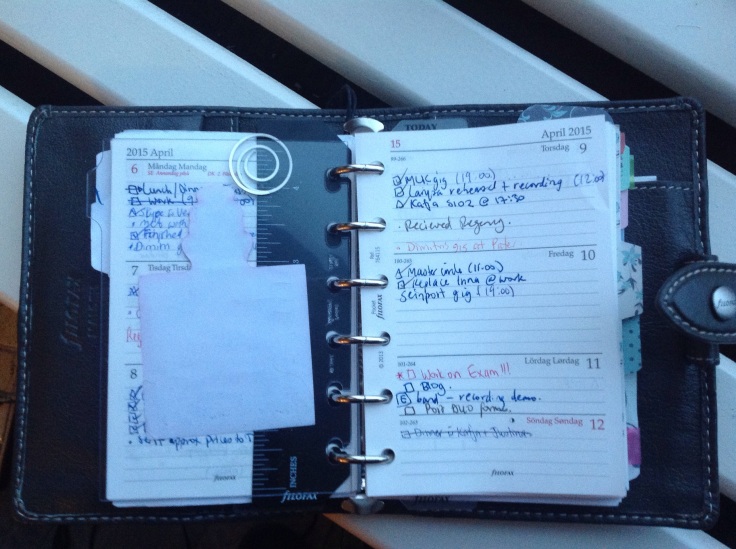 So that’s it for this week. I am happy to say that using the pocket size did start to become easier this week. I did make more use of it. I will be moving on to the Chocolate Aston pocket for next week as I don’t have a use for the zipped pocket of the Malden. And I’d like say thanks to the people who are taking an interest in this challenge of mine, and who have made suggestions or given me links to videos of where I can get some inspiration. You guys have really helped in making me stick to this challenge :p. Keep the comments coming! 😀

Follow Random Pastimes of a Restless Mind on WordPress.com

This blog is a place for me to express and share all my random hobbies and current obsessions with like minded people ;). So take a look around and maybe stay for a while...
Advertisements

A view of technology and some non-technical things.

knitsandplanners
Looking through a frosty window...

Seeing the world a little differently

My Life All in One Place

A place to share my love of stationery, performing arts, books, photography, and anything else that strikes my fancy! ;)

Adventures in Trying to Organize My Life